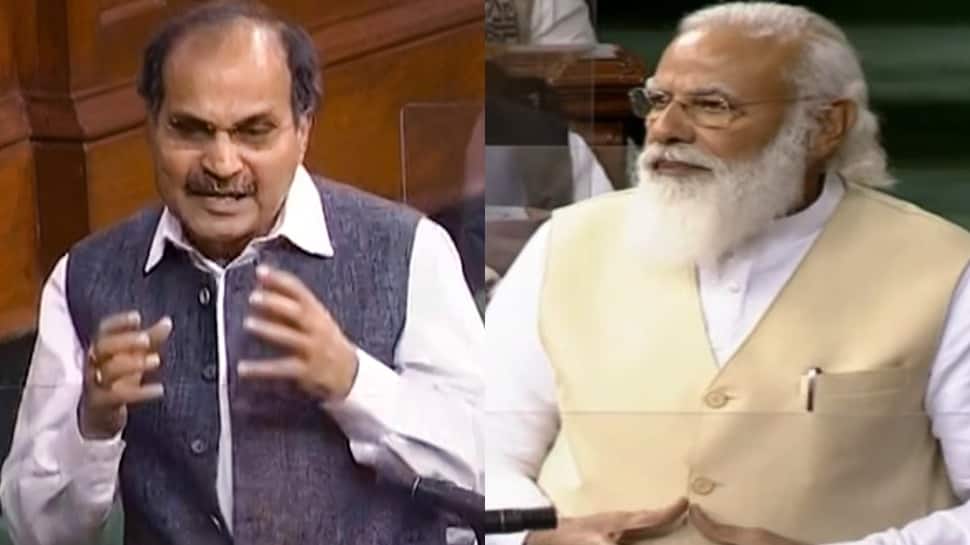 New Delhi: Prime Minister Narendra Modi on Wednesday (February 10, 2021) took a jibe at Congress leader Adhir Ranjan Chowdhury and told him that he will get more publicity than Trinamool Congress (TMC).

Modi’s comments came when the Congress MP from Berhampore was interrupting during PM’s reply in Lok Sabha to the discussion on the motion of thanks to the President’s address to the joint sitting of Parliament.

He added, “This doesn’t look good, why are you doing this?”

The Congress and TMC MPs also staged a walkout during PM Modi’s address.

Adhir Ranjan Chowdhury said that the reason for walking out during the session was that PM Modi did not discuss the opposition’s concerns over the deaths of agitating farmers.

Chowdhury said, “We walked out because PM didn’t discuss our concerns over farmers’ death. He agreed that amendments are required in Farm Laws, some states will be benefitted and some won’t. Why do you have to bring laws that won’t be benefitting everyone?”

Subsequently, PM Modi attacked the Opposition and called Congress a ‘divided party’ that cannot look above their pity propaganda to defame the current government.

“Congress party is divided and confused. Neither it can work for its own good nor it can think about solving the issues of the country. What can be more unfortunate than this,” PM said.

Fell in love with Dilip Kumar instantly, I was 12 then: Saira Banu on their relationship and more