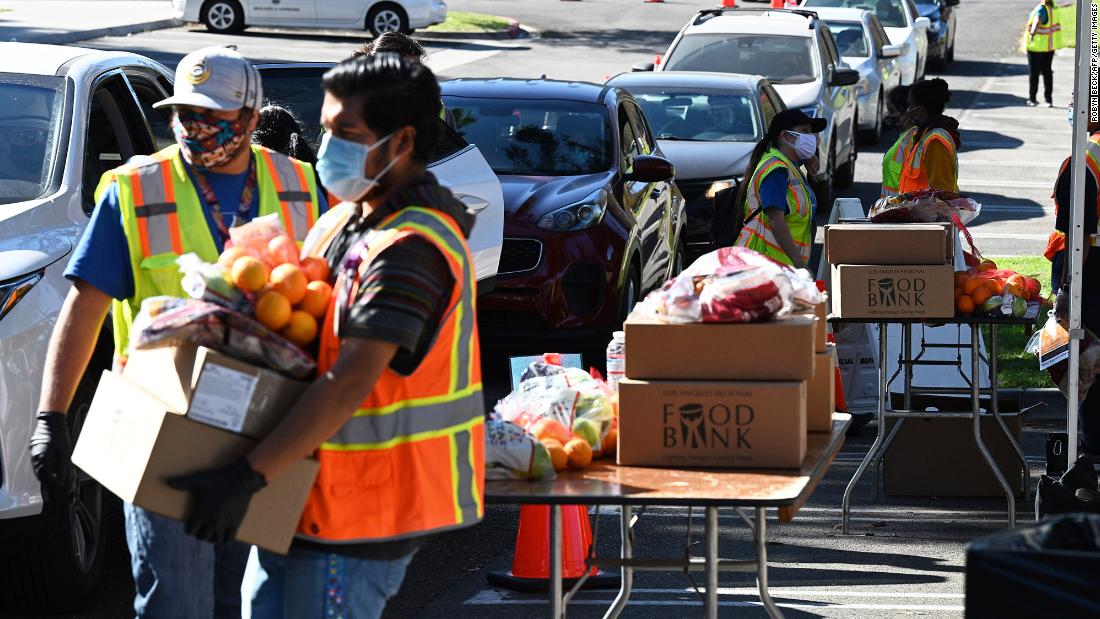 That sounds discordant since many Americans believe the economic fable that Trump has repeated relentlessly throughout his term. But placing his bottom-line results alongside those of his predecessors paints a deeply unflattering portrait.

Alone among the 13 presidents since World War Two, Trump will exit the White House with fewer Americans employed than when he started. He will have overseen punier growth in economic output than any of the previous 12 presidents.

His throwback “America First” agenda has failed to restore the old economic engine that powered an earlier era’s prosperity. On Trump’s watch, industrial production has fallen. The Federal Reserve says the manufacturing sector fell into recession in 2019 even before the coronavirus pandemic hit.

Last week was the 38th in a row in which at least 700,000 Americans filed first-time claims for unemployment benefits.

Holiday-season lines at food banks dramatize the scale of human suffering. More abstract measures, such as the US trade deficit and ratio of government debt to the size of the economy, have also worsened during Trump’s term.

“Trump’s economic record ranks near or at the bottom compared with other presidents,” concludes Moody’s chief economist Mark Zandi, who compared the economic results of all presidents from the last 70 years. “The economy under his watch has performed very poorly.”

To be sure, the deadliest public health pandemic in a century has devastated economic activity during this last year of the President’s term. But responding to unexpected catastrophe — from hurricanes to terrorist attacks to civil unrest to financial crises — represents a big part of the job. And, as Zandi notes, Trump’s bungled coronavirus response has exacerbated and extended damage to jobs and output.

Trump’s record offered little legitimate grounds for boasting before the pandemic. The persistent growth in output and decline in the unemployment rate during his first three years extended trends in the recovery from the Great Recession that he inherited from President Barack Obama.

Growth accelerated in early 2018 following Trump’s sole major legislative achievement, the tax cuts he and Congressional Republicans enacted. But that didn’t last long with the economy already near full employment, and the budget deficit swelled. A temporary surge in investment resulted mainly from higher energy prices.

The counter-productive tariff wars Trump initiated quickly offset any short-term benefit from the tax-cuts and the administration’s deregulation push. That’s why Trump, to avoid further damaging the economy in his re-election year, called a truce with China in January without obtaining the structural reforms he had demanded from Beijing. Trump earlier threw away leverage by abandoning the Trans-Pacific Partnership with allies that the Obama administration had negotiated.

Among Trump’s “very serious policy mistakes,” Zandi said, were his attacks on international and domestic institutions. They include “actively trying to undermine” the Fed’s independence.

Financial markets vs. the real world

Trump can accurately point to above-average financial market gains. Through November the S&P 500 had risen by an average of 14.34% per year during his term, slightly more than the 12.43% under Obama.

But those gains have largely been driven by rock-bottom interest rates, which drive investors into stocks in search of higher returns. And the benefits of those gains accrue largely to the most affluent Americans who own most of the stocks.

The President can also cite a higher-than-average 3.32% annual gain in real per capita disposable income. But that average conceals the extent of those gains that flowed to the affluent, who benefited disproportionately from his tax cuts.

As a candidate in 2016, Trump championed the beleaguered blue-collar workers he called “the forgotten Americans.” His policies have not closed the gap between them and economic elites.

Through the third quarter of 2020, Zandi says, the least wealthy 50% of Americans own just 1.9% of the nation’s net worth, while the top 1% own 30.5%. The surging pandemic promises make that disparity worse before Trump leaves office.

When the Labor Department issues the final monthly jobs report of his presidency in early January, Zandi expects it to show a renewed decline in employment. In the first quarter of 2021, as Trump yields power to Biden, the Wall Street firm JPMorgan predicts that economic output will shrink.

Alien Planets Round 1,000 Close by Stars May Be Wanting Straight Again at Earth

This video of Shilpa Shetty’s children Samisha and Viaan celebrating Bhai Dooj is the cutest factor on web at the moment!