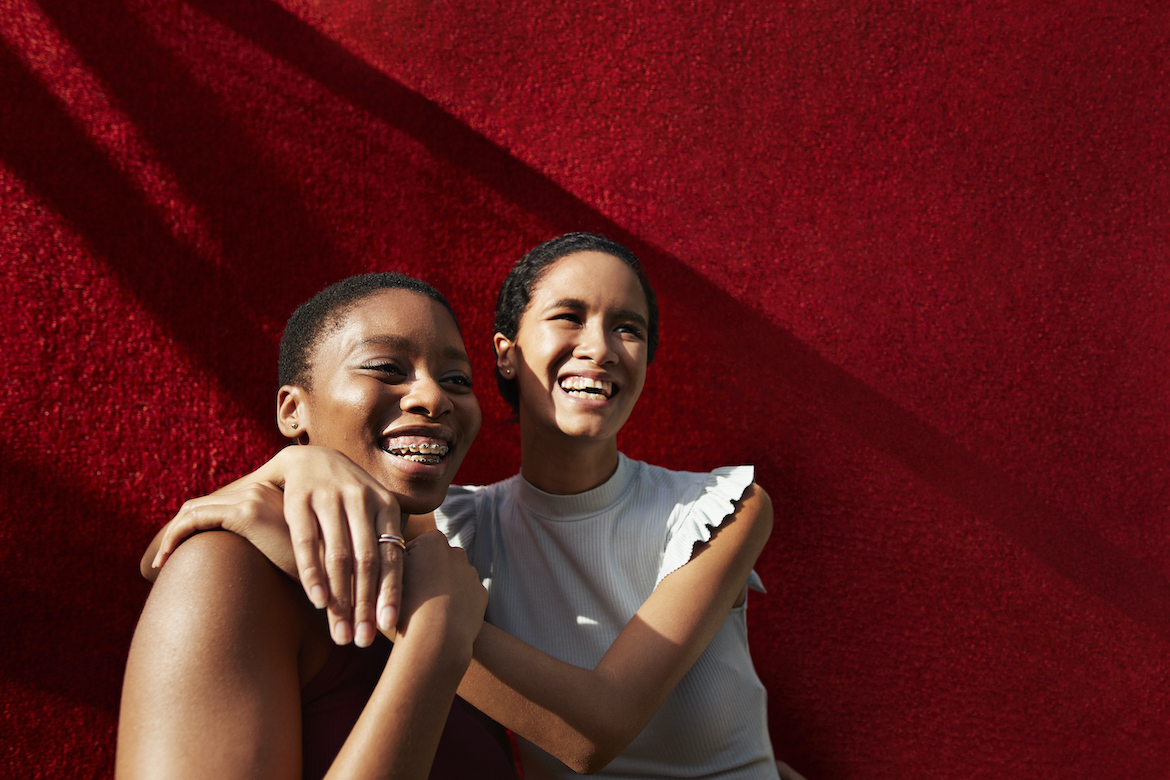 If your life were a movie, which bonds would you identify as being truly soul-nourishing, with leading-role potential, and which would more so be supporting-character material—or even extras? Now consider who you placed in the leading-role spots: Are you picturing romantic partners or platonic pals? Because, as Rhaina Cohen pointed out in The Atlantic in October 2020, friendship can definitely have a starring role in one’s life, though many reserve that spot for a romantic partner. Why, though? What real differences exist between intense friendship and romance?

I know, I know, you’re probably thinking, well of course friendships and romances are different—but consider all the similarities: Both strong friendships and romantic partnerships include connection, vulnerability, and physical intimacy (which, it bears mentioning, doesn’t need to be sexual). In fact, intimacy—cultivated by way of foundational trust, loyalty, and support—is centrally important to friendship much as it is with romance. Since the same brain chemicals, namely oxytocin, are present in our interactions with both friends and lovers, says Dana McNeil, LMFT, founder of the group therapy practice The Relationship Place, even biological reasoning can’t fully differentiate these relationships.

Furthermore, both friendships and romantic partnerships are cultivated over time and strengthened by weathering difficult situations together, often because adversity requires people to be more vulnerable. Whether you’re dealing with rejection, layoffs, the loss of a family member, or other hardships, when someone chooses to stick around and offer support with no judgments, that relationship bond strengthens. And all of that remains true—with or without the component of romantic partnership.

The key differences between friendship and romance

People often consider lack of physical touch in a relationship—both the desire and the act—as the key distinction between deep friendships and romantic ones, but according to Marie Murphy, PhD, a relationship coach who has studied the sociology of sexuality, that’s often not the case. “People do have physical intimacy with friends, whether it’s sexual or not, but they don’t start to call the relationships romantic,” she says. Think about it: Most friends, at the very least, hug, and, depending on a person’s culture or upbringing, kissing or holding hands with friends may be seen as “normal” as well.

Then, there’s the type gray-area relationship structure between platonic friend and romantic partner: friends with benefits. These arrangements involve physical contact that is sexual in nature, blurring the lines between friend and lover, and yet people in a friends-with-benefits dynamic likely don’t classify the sexual relationship as romantic—because that would cross a line. But why is that?

“If it’s a friend or it’s a romantic partner, love is love, but what you individually expect of your love is probably what’s going to define how you experience it.” —Dana McNeil, LMFT

McNeil believes people believes this is an effect of people becoming more open to looking beyond traditional standards and expectations to create relationship ecosystems that are fulfilling for them, whether through non-traditional relationship structures, close friendships, friends with benefits, or something else. In fact, some of her clients find even more comfort and safety in creating deep connections that don’t have a sexual component, as they don’t have to worry about infidelity threatening their sense of safety.

With a close friend, expectations of exclusivity are often taken out of the equation—often, but not always of course. A fear of cheating in a monogamous relationship can mar a romance just as jealousy and possessiveness fueled by a fear of platonic infidelity can muddy a friendship if, say, a person’s best friend feels threatened by another close friend. So, whether the expectation is emotional, physical, or otherwise, exclusivity expectations can be present in both dynamics, thus highlighting the need for explicit communication of personal needs and expectations.

“If it’s a friend or it’s a romantic partner, love is love, but what you individually expect of your love is probably what’s going to define how you experience it,” McNeil says. If, for example, you don’t share the same opinions or expectations of what fulfills you in a relationship—and that goes for any relationship— you’re headed for disappointment unless you communicate and work out those differences.

To that end, Dr. Murphy points out that many conventional ideas of what constitutes “romance” can also be found in friendship. For example, why do we consider it romantic when a significant other buys us flowers but not when a friend does it? And why is it often viewed as a huge step to bring a romantic partner to a family dinner but no big deal to invite a platonic friend?

The real separation, she contends, is how people are conditioned to interpret these relationships. “Things that are of a romantic nature are experienced subjectively, and a lot of what goes into a friendship can actually be considered romance if romance includes intimacy, communication, connection, and doing nice things for each other,” she says. “That stuff can be present in friendship, any day of the week.”

That’s where societal influence comes in. As much as we may like to think of ourselves as having total agency over our lives and relationships, our opinions and values aren’t formed in a vacuum. We are influenced by the society in which we live, and most modern societies clearly value romantic relationships over friendships. Consider, for example, married couples are afforded a different legal status than single people, and employers don’t offer bereavement if your best friend passes away. If your spouse does, however, it’s automatically granted in most cases.

Why we often prioritize one type of relationship over the other

According to Dr. Murphy, societal influence is part of what makes people more likely to prioritize and look for fulfillment in romantic partnerships because they believe—even if just subconsciously—that casting these relationships in the starring role part of one’s life will be embraced as more culturally legitimate and reflective of adulthood. (And those in “friends with benefits” setups are perhaps decidedly uninterested in partnerships viewed in such way.) But that may be changing.

For some, every aspect of partnered life is integrated with their spouse, while other romantically partnered folks live fairly separate lives. There are people who don’t need sex to feel satisfied in a relationship, while it may be nonnegotiable for others. Some best friends speak every day or every week, while others may go as far as buying a home together. Others may feel that fulfilling all their emotional needs with one person—whether that’s a friend or romantic partner—may be too risky, like putting all their eggs in one basket.

Ultimately, everyone experiences, expresses, and even defines love in different ways, leaving its true definition up to interpretation. That’s why communicating our needs to others—friends and lovers—is so crucial. It also means there’s no right or wrong way to go about our relationships. We each get to decide the rules, boundaries, and expectations that will dictate how we navigate our friendships and romances. “I think what it all boils down to is what do you think romance is?” asks Dr. Murphy. “What do you think friendship is? And how do you assess your relationships based on your internal sense of these definitions?”

Have you checked out The Well+Good SHOP? Our editors sift through hundreds of products every week so that you don’t have to—and now, you can find their faves (from skin care to self care and beyond) in one carefully curated space. What’re you waiting for? Get shopping!

Ashley Graham Does An ACV Rinse For Wholesome Hair Development

The 20 Finest Meals To Help Wholesome Growing old, In accordance with a Dietitian