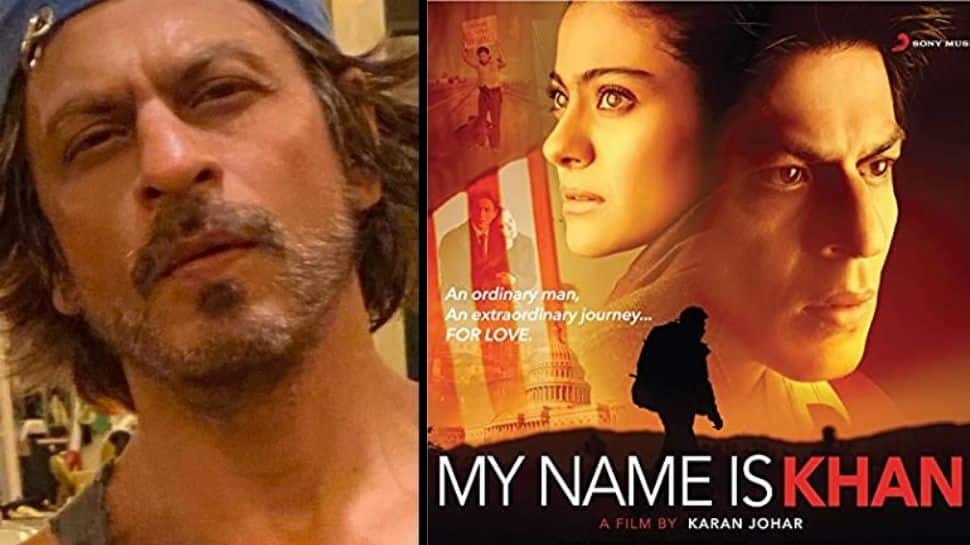 New Delhi: As ‘My Name Is Khan’ clocked 11th year on Friday (February 12), superstar Shah Rukh Khan shared a post praising the cast and crew associated with the movie.

Taking to Instagram, Shah Rukh said that he finds celebrating  “‘X’ number of yrs of a film on social media repetitive”. However, as fans trended ‘#11YearsOfMyNameIsKhan’, King Khan could not help but share his thoughts on the movie.

“Find celebrating ‘X’ number of yrs of a film on social media repetitive , as its become more like a yearly birthday wish rather than a milestone. But just saw #11YearsOfMyNameIsKhan and felt like saying, I think everybody involved with the film did a very fine job of it,” Shah Rukh Khan wrote on Instagram alongside a picture of himself where he can be seen sporting long hair which is covered by a blue cap.

Meanwhile, Shah Rukh had reacted to his wife Gauri Khan’s post featuring their youngest child- AbRam. Gauri had posted a picture of the 7-year-old wearing boxing gloves and captioned it as, ‘My Mike Tyson’. Retweeting her post, King Khan wrote, “Arre yaar!!! Where was I ???”

On the work front, Shah Rukh Khan will next be seen on the silver screen after his two-year-old sabbatical with ‘Pathan’. Directed by Siddharth Anand, the movie will reportedly feature Deepika Padukone and John Abraham.

The US reported greater than 2,100 deaths in a single day. Issues are projected to worsen