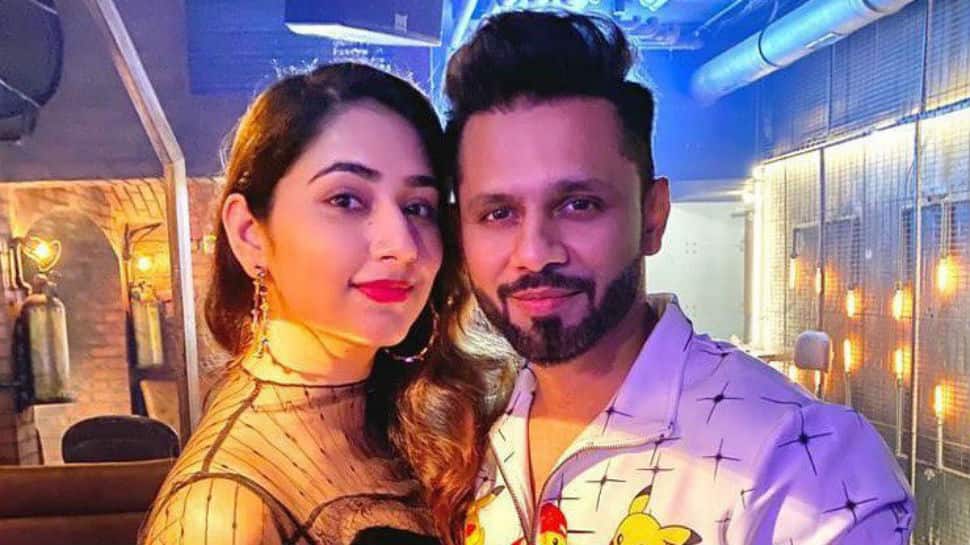 Mumbai: Bigg Boss 14 contestant Rahul Vaidyas mother Geeta Vaidya says once he comes out of the show, she will talk to him and start making plans for his marriage with actress Disha Parmar.

Rahul had proposed marriage to actress Disha Parmar on her birthday on November 11. He wrote “HBD Disha” on his white T-shirt with a red lipstick on one side, and “Marry me?” on the other to pop the question. Since then, he has been eagerly waiting for her response. Disha recently revealed on Twitter that she has sent her reply to Rahul.

Rahul’s mother has now confirmed their future plans. “Yes, we are planning for his wedding because I feel 90 per cent Disha (Parmar) has accepted his proposal. A few days back, she tweeted about it. I think things are going good between them. So, being a mother, I am really happy for them,” said Geeta Vaidya.

Rahul’s mother sure seems impressed with Disha. “I think she is a good girl. She has visited our home three to four times in the past year. I didn’t know about their relationship because I thought she was one of his female friends. In between, if Disha approaches me then, I will take the first step to talk with her family,” she said.

Rahul was evicted from Bigg Boss 14 on Sunday while Eijaz Khan, Abhinav Shukla, Rubina Dilaik and Jasmin Bhasin were declared the top four.

Bigg Boss 14 is fast approaching its final stages and the contestants are leaving no stone unturned in their bid to make it to the top four.

Karwa Chauth 2020: Its significance, date, pooja muhurat and all it is advisable know