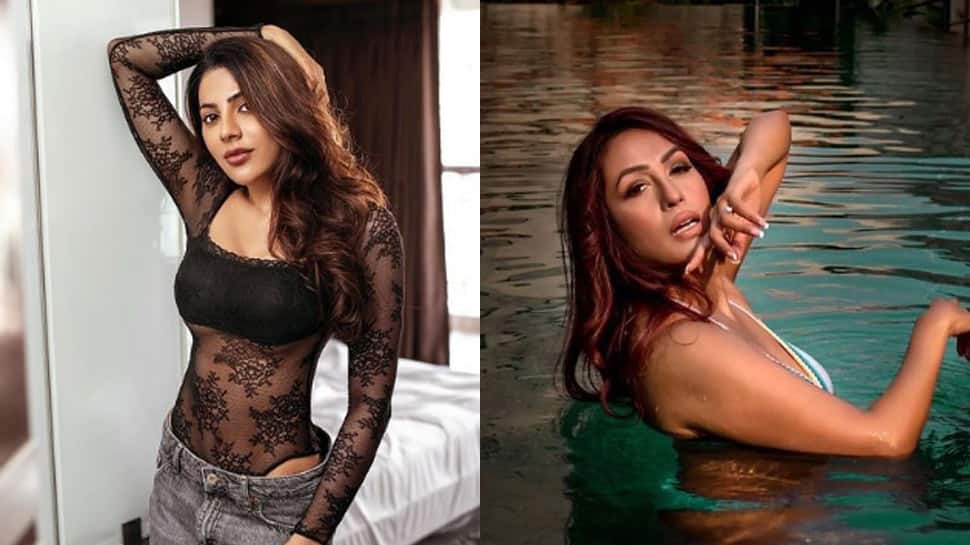 New Delhi: Both Kashmera Shah and Nikki Tamboli are currently inside the reality TV show ‘Bigg Boss 14’. While former is a known name in the showbiz industry, latter is fairly new and has featured in a few project down south. But both have been making the right kind of buzz on social media.

Recently, Nikki Tamboli, 24, and Kashmera Shah, 49, embroiled in a war of words where former made some nasty comments about latter’s age. This triggered all the points and there was a huge ruckus inside the house.

As we move close to ‘Bigg Boss 14’ finale, let’s take a look at some of the hottest clicks of the two on social media as both deserve a mention here for entertaining fans with their game and power play:

After being ousted from the show, Nikki Tamboli came back as a wild card entry besides Aly Goni and Rahul Vaidya.

Kashmera Shah, Arshi Khan, Rakhi Sawant and Rahul Mahajan entered the show midway as challengers to the current lot contestants. Vikas Gupta was asked to leave after he pushed Arshi Khan into the pool.