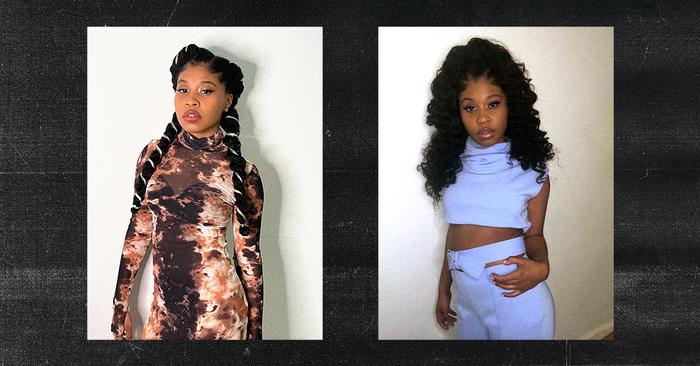 Speaking of your poems, I heard you were heavily involved in the writing of the poem Deborah reads to Fred in the film. How did that come about?

I met with Shaka, and he said he wrote the role for me and that he wanted me to read the script and let him know my thoughts. So I read the script and gave him an email about everything that I loved, and I said, “I have two thoughts, but I don’t want to overstep, so just let me know if you want to hear them.” And he was like, “Oh, you’ll be playing her. You can’t overstep. Give me your notes.” So one of the first things was, “One of the first things [Deborah] says is, Do you like poetry? And then, we never hear a poem, and the Panthers were very poetic. I think we miss an opportunity.” [Shaka] says, “I think you are right. Do you want to take a shot at that poem?” I wasn’t expecting him to say that. I was looking back at my email because I kept talking about this poem, and I didn’t really remember the process of writing it. I know I was on-set of The Deuce when he sent me the email that said, “How is that poem coming?” I was like, “Sheesh, I haven’t written it yet.” And so I just sat in the hair and makeup chair and wrote a whole long poem, just getting all of my thoughts out. Then, I told him, “You know, this part is just the intro. We can cut it. You let me know if you want to take another edit at it,” and he was like, “No.” He just took the heart of what I said and put it in the script.

This film feels particularly timely with last summer’s BLM protests, which resulted in a huge moment of reflection and education for the country. Why do you think it’s important to continue learning about Black history and sharing these stories on a global stage?

Because theater and art and film hold a mirror up to society, right? We could always say, “Well, this was before; this was the past,” but when you look at Breonna Taylor being murdered in her bed and Chairman Fred being murdered in his bed, you can’t say that it was another time. So it is really about holding society responsible for the things it has done. We have to admit we were wrong and the way that we treat people is not okay. And we start admitting that, and we start learning, too.  It’s okay if you say, “My parents told me this, and I thought that for a very long time.” I think that’s what was happening last summer. People started to realize, “Hey, maybe how I’ve been walking through the world has been with a different kind of eyeglass on.” I talk in my one-woman show Subverted about dog-whistle politics, which is something that I learned from Olivia Pope in Scandal. It’s the idea that certain things would be said on TV and on the news and I would be like, “That’s offensive to me, and that’s offensive to people who come from my neighborhood,” and other people who are not from my neighborhood would be like, “What? What is?” But that’s because they use different words, like “animal” talking about a Black man who they are accusing of something. Animal. Nobody else is hearing that. Whatever you want to use, it’s dog whistling, and it’s offensive. But if you don’t come from that reality and you’re not put up against a wall every time you walk to the store or thrown on the floor or called “boy” even today in East New York Brooklyn, then you don’t know that reality. And it’s okay that you don’t know it because how are you going to know what you don’t know. But when somebody is telling you their truth and their story, instead of saying, “No, that’s not true,” listen. And maybe we’ll start listening. I remember seeing a video of a young white boy who got his eyes shot out by the cops with a BB gun protesting for Black lives, and I looked on Instagram and thought he was going to be mad that he went and put his life on the line for something that did not affect him, and he said losing his eyes is a small thing compared to what Black and Brown people go through in this country. I couldn’t believe it. I was like, “Wow, thank you.” So people are opening up. People are saying, “Your pain is my pain.” We are learning we are one. I remember when the summer was taking off I marched, but I didn’t feel like that was my calling, and I was upset with writing because I wrote Subverted in 2012/2013, and I was like, “Am I just acting? What am I doing? Am I just an artist?” I remember talking to Daniel [Kaluuya] about it, and he said something along the lines of if we are all connected and we are all one and we all come from the same body, then we don’t expect the heart to do what the legs do. We don’t expect the mind to do what the hands do. We all have a different part to play, but we all work as one type of thing, and art matters. And it was like alright, it’s not for naught that I’m writing these poems or I’m writing this one-woman show because we are essentially going to be the ones writing history, the artists. We have learned now that our history books are not even accurate. So if you have a person coming from a neighborhood and they are writing a poem about what it’s like to be terrorized by the police, that’s history that they are marking down. That’s a fact. That’s truth. Why should we believe a textbook when we know that they’ve lied to cover up certain things. So yeah, people are going to stop looking at the textbooks for the truth. They are going to start looking at the people for the truth.

Holiday Lip Colours for Every Undertone (That Aren’t Red!)

Runway Models Agree: These Are the 6 Pillars of Model-Off-Duty Style in 2021