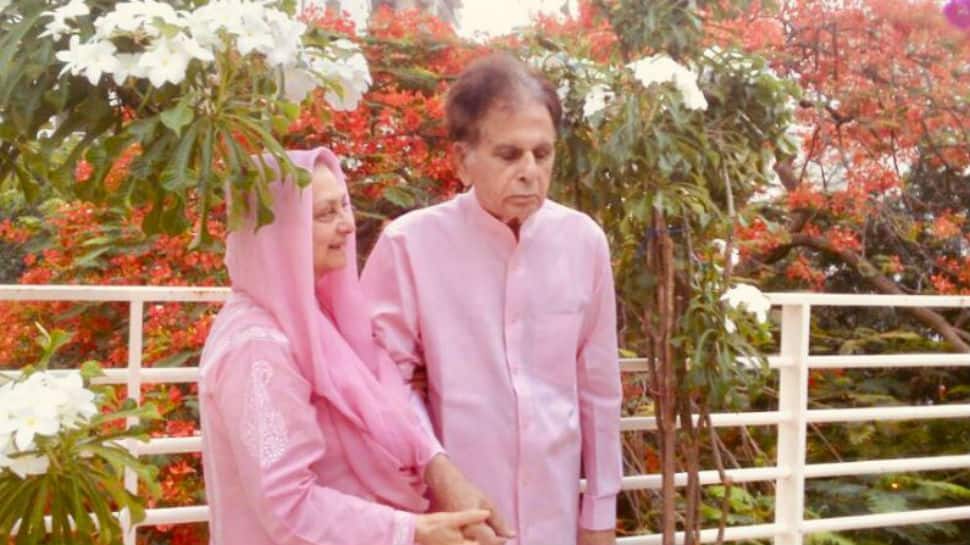 New Delhi: Actress Saira Banu recently spoke at length about her love story with veteran star Dilip Kumar. They are the most famous couple of Bollywood, having been married for over five decades now, and are an epitome of grace.

In a recent interaction with The Times of India, Saira Banu revealed when she fell in love with Dilip Kumar and eventually decided to get married. Saira Banu was all of 12 when she first met the star at Mehboob Studios in Mumbai and “instantly fell in love”.

“He was wearing a plain white shirt, white trousers and white chappals. And my God! He had such lovely free-flowing hair, just in sync with his song ‘Ude Zulfen Jab Jab Teri’ from ‘Naya Daur’. He looked so polished and sophisticated and so different from everyone around. It was a party by Mehboob Khan (director of ‘Mother India’) and I met him. I fell in love with him almost instantly; I was just 12 then,” Saira Banu said.

Recalling how Dilip Kumar proposed to her, the actress said that he popped the question while they were out on a drive in Mumbai.

“We went to Cuffe Parade. We got down from the car and started talking. Soon, he popped up the question: ‘Will you marry me?’ (laughs). Just imagine! I replied rather sarcastically, ‘How many girls have you told this to?’ (laughs). He started laughing and said, ‘I understand. I haven’t worked with you and you are angry with me. Main kya karoon, mujhe hamesha lagta tha that you are too young’. I told him that things like marriage should be spoken to elders. He said that we should go right back and talk to them,” Saira Banu, 76, told the daily.

When asked about marrying superstar Dilip Kumar, she said, “We were both well-placed in our careers. Dilip Saab did far fewer films than he actually could have. It was not a difficult adjustment for me. Dilip Saab had no airs and he has been very down-to-earth always.”

Talking about the 97-year-old star’s health update, Saira Banu said that he is “not too well”.

“He’s weak. At times, he walks into the hall and back to his room. His immunity is low. Pray for his welfare. We are grateful to God for each day,” she added.

Dilip Kumar and Saira Banu married in 1966. The actor will celebrate his 98th birthday on December 11.

Narcissists Become CEO With More Speed Than Their Peers, Despite The Harm They Can Do