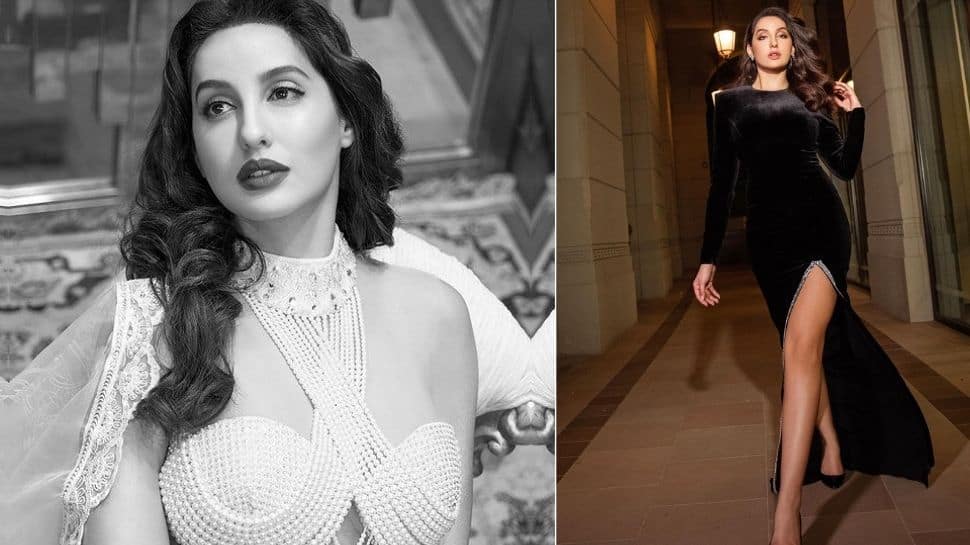 New Delhi: Dancer-actress Nora Fatehi has been at the top of her game since she shot to limelight with her superhit song ‘Dilbar’. Earning the moniker as the ‘Dilbar’ girl, Nora is celebrating her 29th birthday on Saturday (February 6).

The Moroccan beauty is a dancer, model and actress hailing from Canada. Her recent music video,  ‘Chhor Denge’ is already trending at number one on YouTube.

Here are a few lesser known facts about the dazzling dancer:

1. Nora Fatehi made her Bollywood entry with ‘Roar: Tigers of the Sundarbans’ in 2014. Helmed by Kamal Sadanah, the star cast involved Abhinav Shukla, Himarsha Venkatsamy and Achint Kaur among others.

2. She has been a part of several regional language films including Telugu, Malayalam and Tamil movies. Marking her debut in the Telugu film industry with Puri Jagannadh’s ‘Temper’, Nora performed a dance sequence in the movie.

3. Nora Fatehi participated in the controversial reality show ‘Bigg Boss 9’ in 2015. Her relationship with Prince Narula became a much-talked about aspect of the show. However, Nora maintained that the duo were not together.

4. Nora’s family is from Morocco, but she was born and raised in Canada. The ‘Street Dancer 3D’ actress asserts that she is Indian at heart.

5. Nora Fatehi collaborated with Rayvanny, a famous Tanzanian musician for  the song ‘Pepeta’. She also turned producer for the project.

6. Nora has featured in many music videos exhibiting her impeccable dance skills. In 2018, the song ‘Dilbar’ in ’Satyamev Jayate’ gave Nora her due recognition.  She also worked with the Moroccan hip-hop group Fnaïre [fr] to release an Arabic version of the Dilbar song.

In a recent interview with actress Kareena Kapoor, Nora revealed the challenges and stereotypes she faced during her initial days in the film industry.

On the work front, besides ‘Chhor Denge’, Nora Fatehi collaborated with Punjabi singing sensation Guru Randhawa recently for ‘Nach Meri Rani’ song, which turned out to be a chartbuster.  ‘Kamariya’, ‘O Saki Saki’ and ‘Garmi’ are some of her other blockbuster songs to name a few.

Europe has a vaccine shortage. So why is it fighting with AstraZeneca?