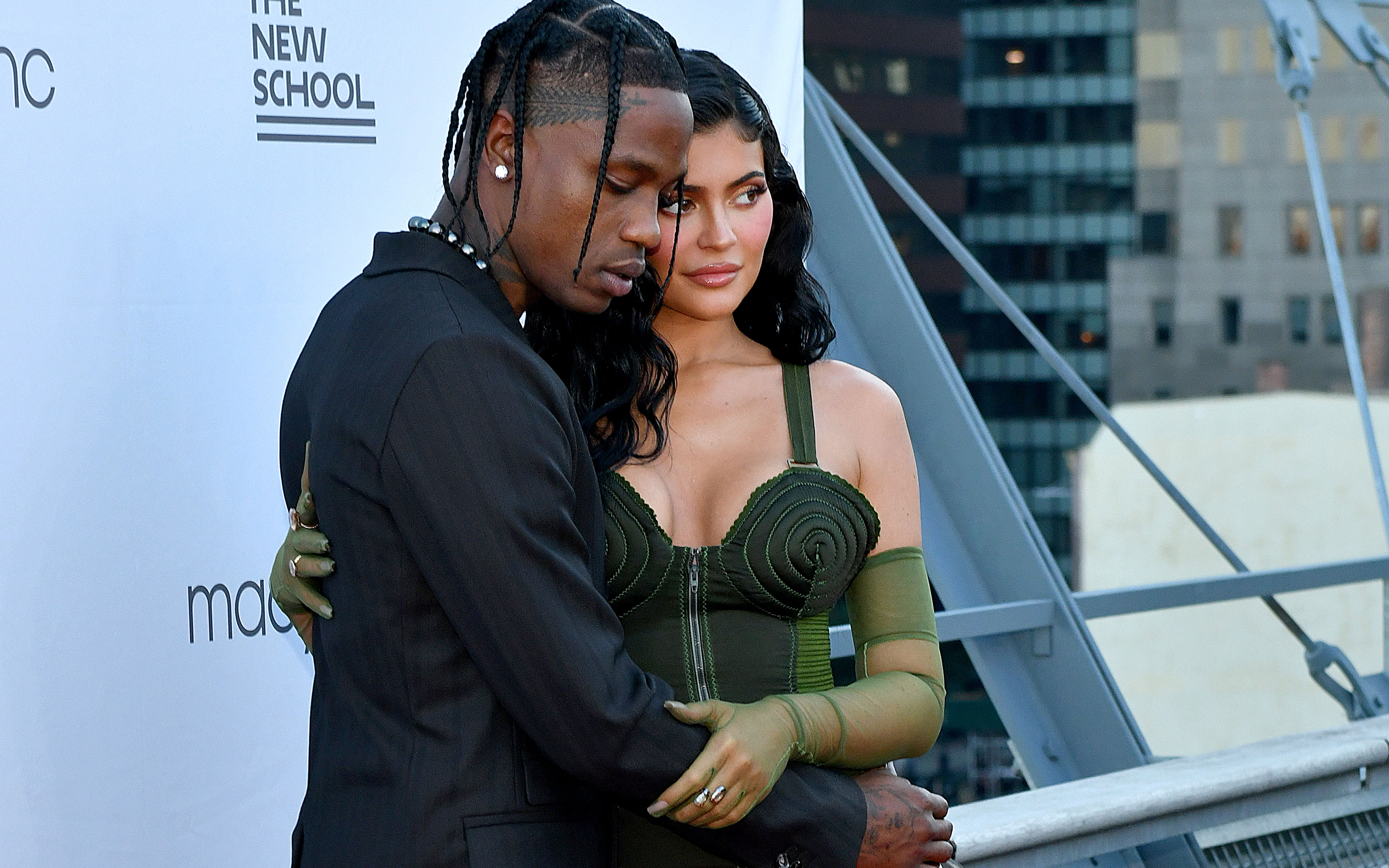 Recent posts from the star’s birthday — and a nail art mystery — led fans to believe she was pregnant with baby number two.

This article was originally published on August 12, 2021.

Update: TikTok, we salute you and your internet sleuthing. After weeks of rampant speculation, Kylie Jenner confirmed she’s expecting her second child with Travis Scott. Jenner shared an emotional video on Instagram on September 7 and we honestly can’t decide if the star is her growing bump or daughter (and soon-to-be big sister) Stormi.

Welcome to the Kardashian konspiracy theory korner of the internet. Today, we’ll be discussing the rumour currently circulating that Kylie Jenner is expecting baby number two. During her first pregnancy with daughter Stormi Webster, the beauty mogul completely removed herself from public view by halting sharing new photos on social media and mostly staying within her gated community. Three and a half years later, this has led some of Jenner’s fans to be extra suspicious of any out-of-the-ordinary activity from the celebrity influencer.

Over the past few days, some hard-hitting investigative journalism (or, internet stalking) has led a growing amount of people to believe that Jenner just might be pregnant again. Below, we examine the evidence.

There were no pictures of Kylie Jenner at her birthday party

Historically speaking, Kar-Jenner parties are no joke. They typically involve elaborate themes, extreme decor and a long list of high-profile guests. Their events are also always heavily documented on social media. (Note: even in the thick of the pandemic, the KUWTK stars celebrated Kendall Jenner’s birthday with a huge, maskless party. *Sighs.*) But Kylie’s 24th birthday celebration on August 10 was very low-key — perhaps even suspiciously so. Jenner posted photos of a brunch accompanied by an at-home painting class. While it was still remarkably expensive-looking, it wasn’t quite a Kylie-Jenner-extravagant party. Even more shocking? Not one photo of Jenner herself was posted from the gathering. Hmm.

Jenner did post a full-body pic of herself on IG for her birthday, looking trendy as ever in a custom-made Namita Khade dress. But fans suspect the picture was pre-taken. This is because the nails she’s sporting in the post look the same as the ones she was wearing a month earlier, on July 15, and don’t match the nails she had on her birthday. On her birthday evening, sister Kim Kardashian posted a snapshot of all the Kar-Jenner women raising a toast to celebrate Kylie’s big day. Included in the photo were Jenner’s nails, which sport an entirely different design than the nails pictured in her birthday post. Confusing, I know, but stay with me.

After fans noticed the discrepancy in her nail art, the pregnancy conspiracy theory began to take off on TikTok. Jenner then posted a full-body mirror selfie on August 11, sporting her most recent nail art — seemingly to assure fans that her pictures are being taken in the present — but some of her followers still aren’t buying it. One popular TikTok theory is that Jenner has stocked up on old photos that she will share throughout her pregnancy to make it seem like they’re happening in real time. Also on August 11, Jenner posted to her pictures of food in a restaurant setting to her IG Stories, but there were no actual public fan or paparazzi sightings of the A-lister that day. This further cemented the theory that Jenner may be posting photos from the past to throw fans off.

Kylie Jenner and Travis Scott are likely back together

After breaking up in fall 2019, it appears Stormi’s parents are a couple again. Jenner posted a picture of the duo together in June when she visited the rapper in NYC for the 72nd annual Parsons Benefit. After the event, a source told People that the pair had *checks notes* a “different energy” between them. Scott also reportedly called Jenner his “wifey” that night. Love is clearly in the air… further pointing to the possibility that another baby is on the way.

If Jenner actually is pregnant, she is doing a great job of taking even her most dedicated sleuthing fans on a confusing ride. The Met Gala is next month, though, so fans will likely be watching closely to see if Jenner attends.

The Best Red Carpet Looks from the 2021 Golden Globes

Cute Face Masks Exist—Here Are 27 I Found for You