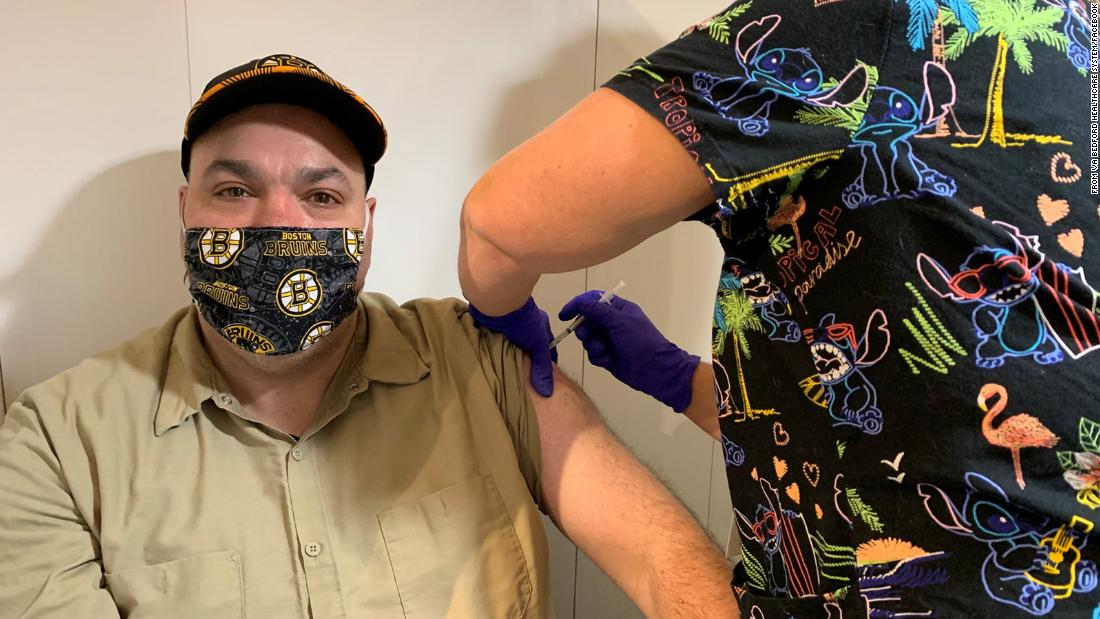 At the Virginia Bedford Healthcare System, Andrew Miller — a housekeeper in the Environmental Management Service — was the first employee to receive the vaccine on Monday afternoon, the hospital reported.

And Miller isn’t the only one. As hospitals around the US receive the first shipments of the vaccine, some housekeepers are finding themselves at the top of the list.

At Baptist Health Lexington, in Lexington, Kentucky, a member of the housekeeping staff — along with an intensivist, an ICU nurse, and an emergency room nursing assistant — were among the first to receive the vaccine’s first dose on Monday, according to CNN affiliate WTVQ.
At Mercy Hospital South in St. Louis, members of the housekeeping staff were also among the first to receive the vaccine, reported CNN affiliate KMOV.

On Saturday, the Centers for Disease Control and Prevention’s Advisory Committee on Immunization Practices voted to recommend the vaccine for people ages 16 and older. That came after the US Food and Drug Administration had authorized the vaccine for emergency use on Friday.

This CDC advisory group had previously recommended that health care workers and residents of long-term care facilities should be the first to receive a vaccine after emergency use authorization. The first shipments of the vaccine, which began Monday, have been limited, so states are prioritizing vaccine recipients.

Domestic workers among those hit hardest by pandemic

Across the country, domestic workers are facing the impossible choice of either going to work or keeping their families healthy.

Domestic workers often don’t receive the same labor protections that are extended to other workers, Ai-Jen Poo, executive director of the National Domestic Workers Alliance, told CNN.
Across the board, housekeepers are among the most vulnerable workers in the pandemic. An estimated 65% of domestic workers, who mostly consist of women of color and immigrants, don’t have health insurance. And 60% spend more than half their income on rent or mortgage payments, according to a 2017 survey from the National Domestic Workers Alliance. An overwhelming majority of them do not have paid sick days or paid time off.
The pandemic has hit these already vulnerable populations particularly hard, as families are forced to stop working and losing income. And it will be months before everyday Americans can get the vaccine, experts say, as the first phase included those on the front lines and the next phase may include teachers and other childcare workers.

CNN’s Harmeet Kaur and Dakin Andone contributed to this report.

When Chris Columbus thought he would get fired from ‘Harry Potter’