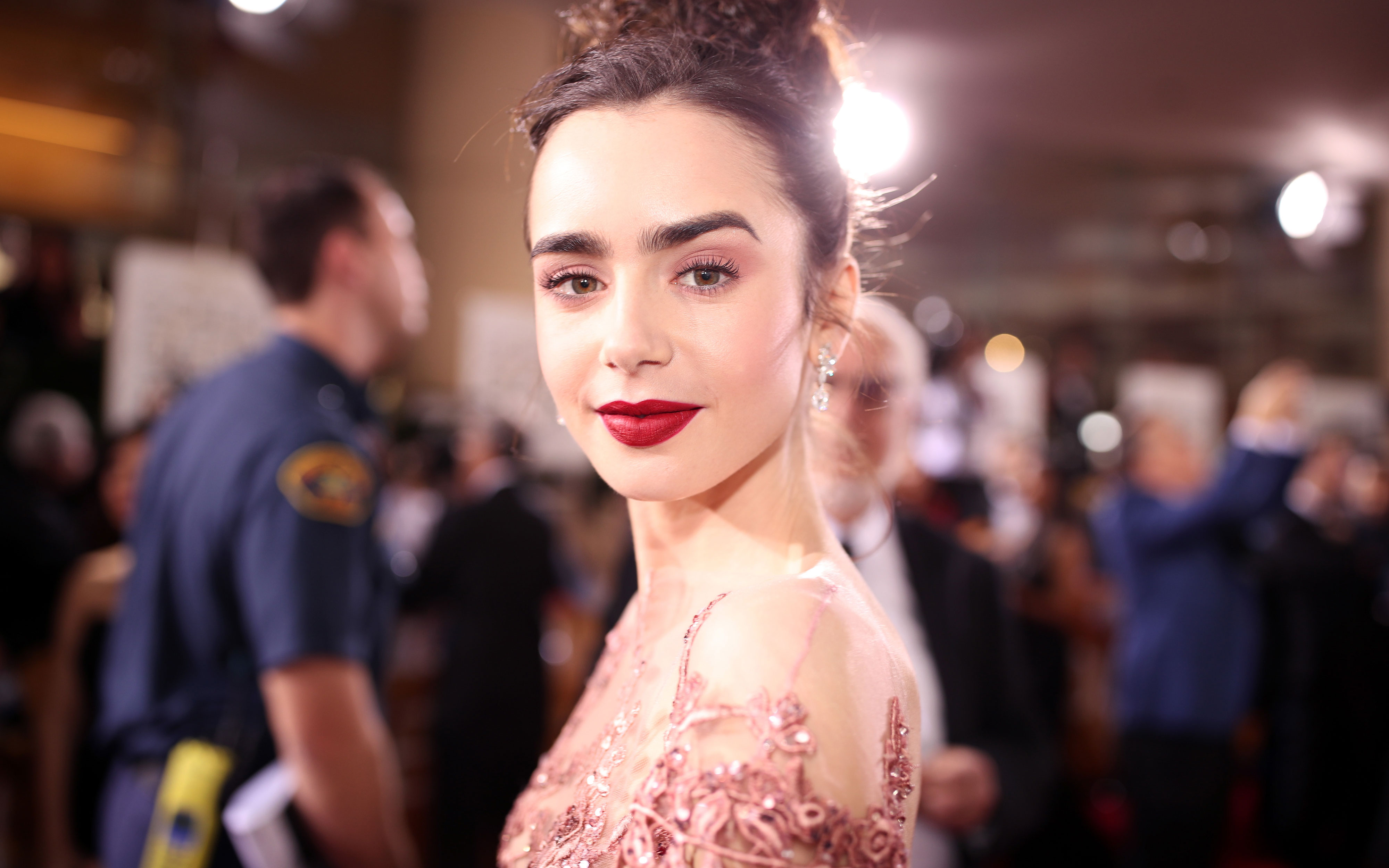 The bride looked straight out of a fairytale in a hooded lace frock.

The formal hood worn by Collins is a signature design element for the American fashion house and has been worn by celebs before — who can forget Anne Hathaways’s hooded golden gown at the 2015 Met Gala, or Janelle Monáe’s hood of Swarovski crystals at the 2020 Oscars? The look is also reminiscent of the famously extravagant hooded costume Collins wore as Snow White in the 2012 film Mirror, Mirror.

The bride, known for her elegant, Audrey Hepburn-esque beauty, wore her hair in a sleek bun and sported minimal earth-toned makeup. The soft glam and classic silhouette she opted for, paired with the fairytale-like backdrop, exuded truly dreamy vibes. Collins took to Instagram to announce her nuptials, sharing wedding pictures of her and her new husband in a natural oasis surrounded by towering trees, rocky inclines and a free-flowing waterfall. The breathtaking venue was Colorado’s Dunton Hot Springs, a luxury resort nestled in an alpine valley with mountain views. Some might even say it’s better than Paris!

“I’ve never wanted to be someone’s someone more than I do yours, and now I get to be your wife. On September 4th, 2021 we officially became each other’s forever. I love you beyond,” Collins captioned one of her IG posts. “Never been happier,” she added in another. Tissue, anyone?

McDowell (or shall we say Mr. Lily Collins?) is a film and TV director, not to mention the son of actor Mary Steenburgen, who famously played the mom in Elf (NBD), among other iconic roles. The newlyweds began dating back in 2019, and their wedding day occurred nearly one year after Collins announced their engagement on Instagram on September 25, 2020.

Felicitations are in order for this truly adorable couple.

I Just Got a New Puffer Coat, and I Want to Try These 6 Chic Outfits