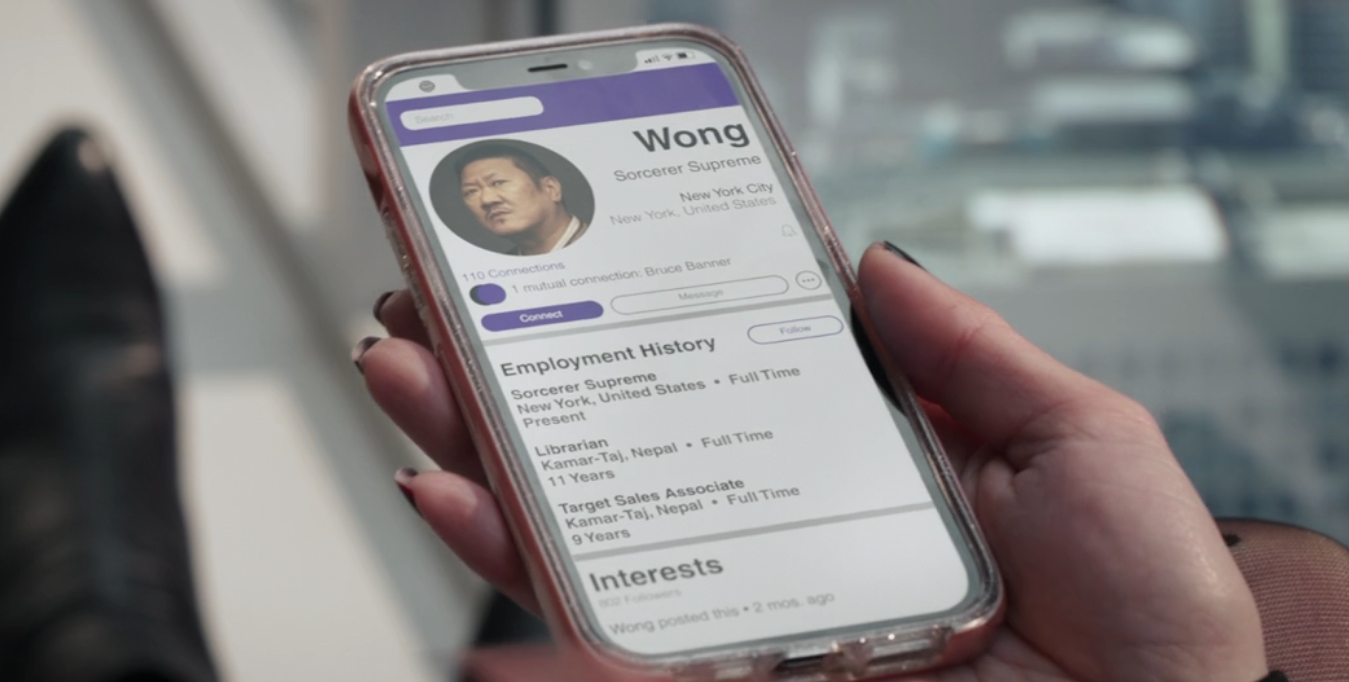 Screengrab via Disney Plus

This article contains spoilers for She-Hulk: Attorney at Law episode 3

This week’s She-Hulk: Attorney at Law clearly knows what fans want. The trailers for the show teased that Sorcerer Supreme Wong would be making an appearance at some point, and just three episodes in he’s here to explain why Emil Blonsky should be given parole despite competing in an underground fight club (as seen in Shang-Chi) while incarcerated.

Benedict Wong didn’t disappoint and the combination of his sorcery and Jennifer Walter’s legal conundrum made for some great comedy. We particularly enjoyed the Spider-Man: No Way Home reference as Wong considered simply wiping everyone’s memories to solve the situation. Walters said that would be “highly unethical” and Wong assured her it’s also “very messy, believe me”.

But along the way we saw that Wong has a LinkedIn profile showing that he began his career in Kamar-Taj as a ‘Target Sales Associate’ 20 years ago, was promoted to librarian, and is currently the full-time Sorcerer Supreme. It seems Bruce Banner also has a LinkedIn too, as Wong’s profile has a mutual connection to his. Check it out:

Everyone loves Wong, so this is going down a treat on social media:

There’s also a lot of praise for Wong in general in this episode:

And there’s a neat theory that Wong’s late arrival to give evidence may be because this episode takes place at the same time as Doctor Strange in the Multiverse of Madness:

Wong is rumored to return for more She-Hulk episodes to come and we think every Marvel fan would agree the character is welcome whenever and wherever. Is it finally time for him to get his own Disney Plus show where we can see the day-to-day life in the Sanctum Sanctorum?

She-Hulk: Attorney at Law airs Thursdays on Disney Plus.

Countless one-and-done fantasy flops, duds, and bombs have unrealized potential that needs to be realized on streaming