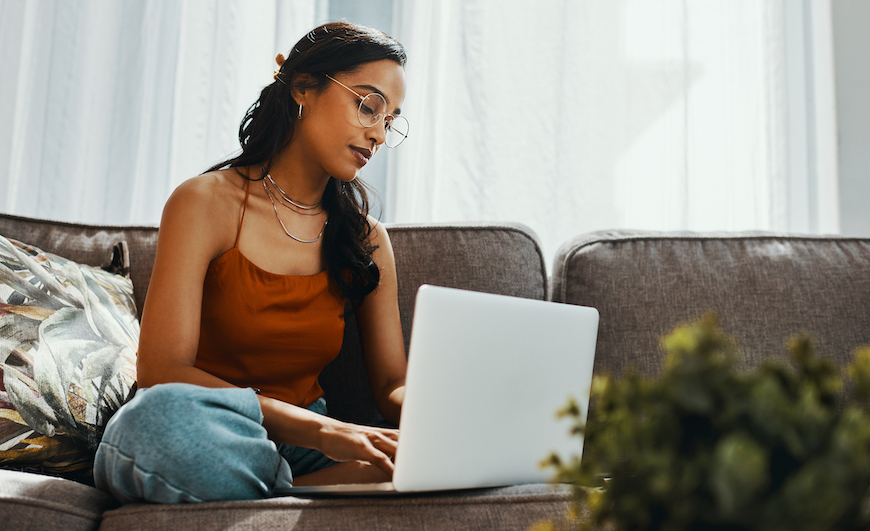 Welp, no other way to put it but bluntly: The first Mercury retrograde of 2021 arrives January 30 and will remain through February 21st. News of Mercury retrograde periods are often met with sighs of disappointment, as people brace themselves for technology issues, miscommunications, and old baggage to reappear—and we shouldn’t necessarily expect anything different with the upcoming Mercury retrograde in Aquarius. But this specific three-week retrograde period also presents a positive opportunity to reflect and refresh yourself—or, perhaps more specifically, your wallet.

Mercury is transiting the eighth house of astrology, which typically has a dark and sultry reputation. The eighth house deals with sex, death, transformation, and the occult. But it also has a lot to do with money—particularly money related to inheritance, investments, real estate, loans, and interpersonal person transactions. “Aquarian Mercury would prefer to detach, so when transiting the eighth house, this affects intimate affairs, other people’s money, being owed money, and so on,” says Alex Caiola, psychic, astrologer, and founder of spiritual wellness platform High Priestess of Brooklyn.

“Aquarian Mercury would prefer to detach, so when transiting the eighth house, this affects intimate affairs, other people’s money, and being owed money.” —Alex Caiola, astrologer

That means that now is a good time for all of us to analyze money matters and keep track of our budget. But since Mercury retrograde in Aquarius reflects an air sign, Aquarius, Libra, and Gemini will especially feel the impact of this transit.

“There’s a ton of energy in air, so Aquarian placements will want to ‘turn their phone on ‘Do Not Disturb,’” says Caiola. “Libra’s impacted as well, especially towards the end of the retrograde with Mercury moving back into the seventh house. Geminis will also get some boosts, especially with some of the trine energy to the north node in Gemini and moon on the last day.”

“Between February 3rd and 12th, Mercury will be conjunct the sun in Aquarius in the eighth house, intensifying the effects of this retrograde,” says Caiola. It’s a really great time to start a self-audit of your finances, especially if you’re someone who generates income from multiple sources.

You can also spend the day examining any personal debts you might be able to square up on. “You could use this energy to collect on past projects you’re still owed for, or it could be a good time to pick up a project you shelved, as you may have greater insights on how to get it off the ground,” says Caiola. “I’d also love you to review your past bank statements to catch anything you’ve missed.”

This allows us to go inward and proactively practice self-love. Take some time to journal about how your social connections are fueling (or not fueling) your growth.

“There is a harmonious trine between the north node in Gemini to Venus, Mercury, and Jupiter in Aquarius,” says Caiola. “This energy has the potential for breakthroughs in how we contribute to our relationships in the here and now to the betterment of personal growth…With all this air energy, I’d love to see some awesome self-help writing come out of this time.”

This could be a magical day to start re-conceiving your value, not just on financial level, but also on both a social and romantic ones.

“During this retrograde, Saturn in Aquarius will square Uranus in Taurus on February 17,” says Caiola. This is a crucial and kind of spooky aspect in the Age of Aquarius—it’s a union that’ll happen three notable times, including June 17 and December 24. Saturn in Aquarius square Uranus in Taurus is a union that happened during the Great Depression and last March/April.

This isn’t to sound at all alarmist—you probably know damn well by now that we’re living in times of economic upheaval. So, on the 17th (or even the day or two leading up to it), you want to guard yourself for data breaches and keep an eye on all incoming or outgoing funds. “Beware of fintech security exposures, and if you have an online store, make sure you account for transactional mishaps,” says Caiola.

Have you checked out The Well+Good SHOP? Our editors sift through hundreds of products every week so that you don’t have to—and now, you can find their faves (from skin care to self care and beyond) in one carefully curated space. What’re you waiting for? Get shopping!

Our editors independently select these products. Making a purchase through our links may earn Well+Good a commission.

What Time Of Day Should You Actually Stop Drinking Caffeine? Here’s The Research