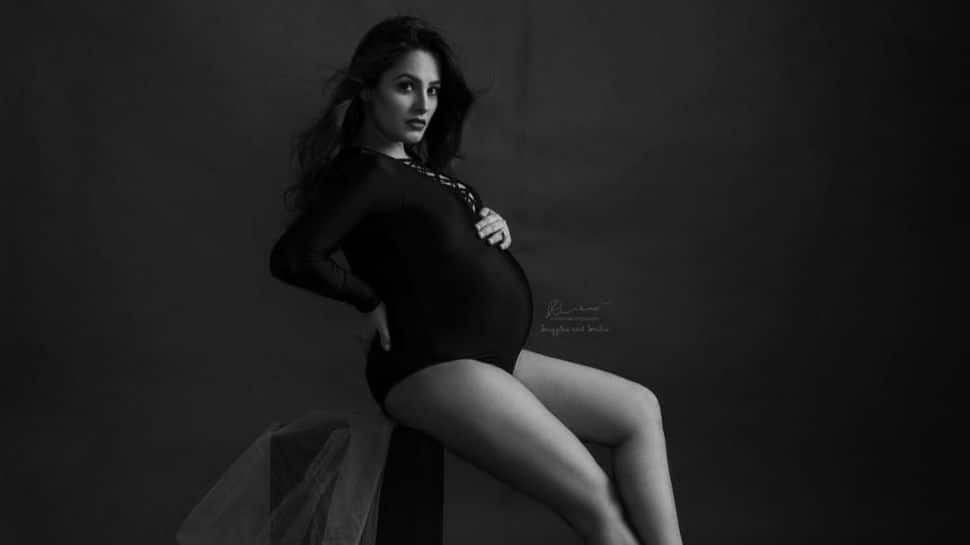 Sharing her monochromatic picture posing in a black monokini, Anita captioned the post as, “Enjoying “Beyoncé vibes” until “mommy vibes” kick in.”

Have a look at the glam mommy-to-be:

Rohit also took to Instagram and posted a loved-up picture from his wife’s pregnancy photoshoot. He captioned the post as, “Euphoria!.”

He can be seen looking down at Anita, while the actress looks up at him. This is what Rohit posted:

Earlier Anita had shared a long note opening up about becoming a mother to her first child in her late 30’s. In an Instagram post, she wrote, “What if I had given in to the people asking me to become a mother just because I was married? Then I would be deceiving myself more than anyone else. It is so important to understand what women want out of their lives and letting them make their choices!”

She added, “Farah Khan’s recent post made me believe that I did the right thing to wait till I was ready. Today, it is nice to see that more women are making this choice without fear of judgement, changing people’s mindsets, and taking their happiness into their own hands.”

Recently, Kareena Kapoor, who is set to welcome her second child with husband Saif Ali Khan, had flaunted her baby bump in style while performing yoga. The actress took the internet by storm and her fans could not stop gushing over her maternity photoshoot.

Anita Hassanandani is a well-known TV actress with shows like ‘Ye Hai Mohabbatein’, ‘Naagin’, ‘Kabhii Sautan Kabhii Sahelii’, ‘Kasamh Se’ and ‘Kkavyanjali’ to her credit. She has also acted in several movies.

January has been the deadliest month for Covid-19 with nearly 80,000 lives lost so far in the US