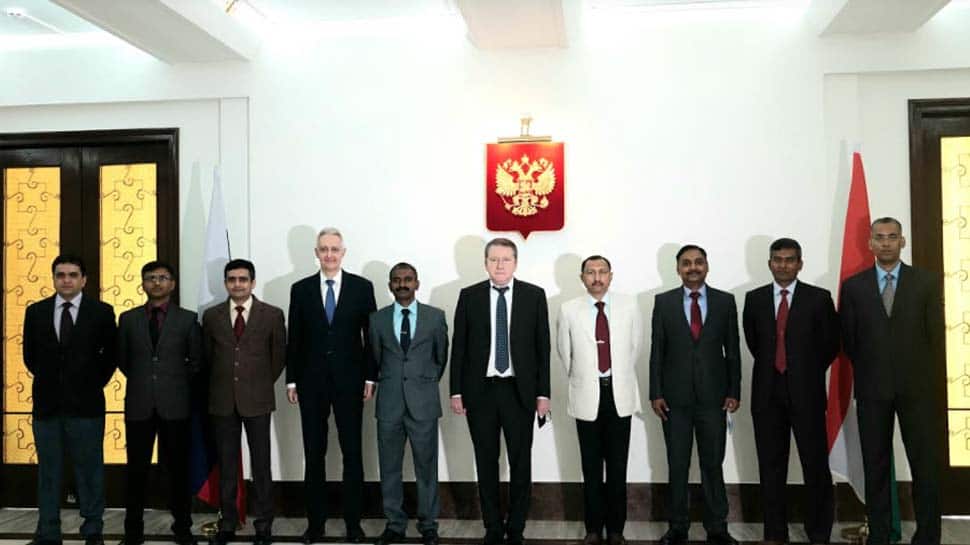 Ahead of the departure, Russian envoy to India Nikolay Kudahsev hosted the Indian group and termed the agreement on S-400 supplies as one of the “flagship initiatives” of bilateral and military-technical cooperation. Both countries are jointly working on a number of projects on production of military equipment, components and spare parts.

READ | Explained: All about S-400, US warning to India and sanctions against Turkey

Lauding the India-Russia ties he said, “coming out of the bipolar world and successfully proceeding through the current establishment of the polycentric order, our partnership is becoming even stronger experiencing new areas and forms of mutually beneficial and forward-looking cooperation”

The Russian envoy said, “Along with S-400 systems project, we are successfully moving towards implementation of AK-203 Kalashnikov’s contract, 200 Ka-226 helicopters supplies and production in India as well as an advanced cooperation in the areas of combat aviation (including Su-30MKI programme), main battle tanks (T-90), frigates, submarines and missiles, including joint production of unique Brahmos.”

Under the AK203 Kalashnikovs contract, more than 700 thousand items are expected to be produced at the Indo-Russian Rifles joint venture in India’s Amethi.

While India-Russia defence ties have been a much-celebrated one and S-400 is a much talked about topic, the US isn’t very happy. The delivery of S-400 can trigger Washington’s Countering America’s Adversaries Through Sanctions (CAATSA) something which even NATO counties like Turkey could not get immunity from. Turkey had gone ahead to get same S-400 system from Russia.

The S-400 Triumf is a mobile, surface-to-air missile system (SAM) and it is seen as the world’s most dangerous operationally deployed modern long-range SAM (MLR SAM). Experts maintain that S-400 is much better than the US-developed Terminal High Altitude Area Defense system (THAAD).

Countering America’s Adversaries through Sanctions Act (CAATSA) was passed unanimously by the US Congress in 2017. The Act’s main objective is to counter Iran, Russia and North Korea through punitive measures. Section 231 of the Act empowers the US President to impose at least five of the 12 listed sanctions — enumerated in Section 235 of the Act — on persons engaged in a “significant transaction” with Russian defence and intelligence sectors.

“We hope that other countries around the world will also take note that the United States will fully implement CAATSA Section 231 sanctions and that they should avoid further acquisitions of Russian equipment, especially those that could trigger sections,” Assistant Secretary for International Security and Nonproliferation Christopher Ford said after announcing the sanctions against Turkey.

It may be recalled that in 2018, India had inked a deal worth USD 5.43 billion for five units of the S-400 anti-missile system from Russia. The Indian government had decided to finalise the deal despite objections from the US. US has repeatedly warned India against buying arms from Russia while threatening to impose sanctions under CAATSA and the incentive of an alternative anti-missile system. It seems that the policy under Joe Biden on countries buying arms may not change much because several Democrat leaders support CAATSA.

Evaluation: Hits and misses from the vice presidential debate