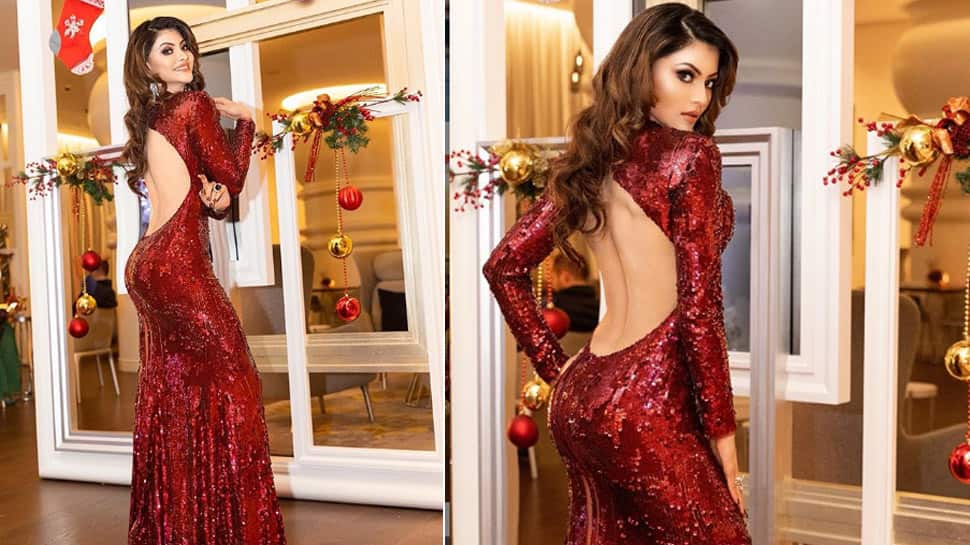 New Delhi: Bollywood actress Urvashi Rautela is an avid user of social media platforms. The stunner surprised her fans posing in a super beautiful outfit which is designed by one of the most famous designers Amato.

The picture Urvashi Rautela recently uploaded an intriguing video wearing a light sea blue gown, giving us the glace of her catwalk.

Josh Yugen the CEO of luxury Magazine revealed the worth of the dress and the Jewelry, stated, “We are honoured in Xpedition Magazine to work with India’s most beautiful actress & Bollywood’s young superstar, Urvashi Rautela. We believe that she has a royal heart, which is why we loved seeing her wear an exquisite Amato Couture dress. The dress is embellished with precious stones and is worth 7,00,000 INR. Urvashi is also wearing exclusive Versace jewellery worth 45, 00,000 INR, which makes the entire look worth 52, 00, 000 INR. We couldn’t have thought of anyone else but Urvashi does justice to the royalty of the dress.”

On the work front, Urvashi Rautela was recently seen in a music video titled ‘Woh Chaand Kaha Se Laogi’ opposite television actor Mohsin Khan. Apart from that, she also has another music video titled ‘Teri Load Ve’. In an interview, she admitted that she enjoyed doing music videos.

She was last seen in ‘Virgin Bhanupriya’. She will also be seen in ‘Black Rose’, which is said to be a bilingual thriller, and will be released in Hindi and Telugu.

The team reportedly shot the project once the lockdown curbs were lifted. Recently the first look of Urvashi Rautela’s Hindi remake of a Tamil film “Thiruttu Payale 2” created a huge buzz. The actress will be also seen in an international project opposite Egyptian superstar Mohamed Ramadan, the announcement for the project will be made soon. Urvashi Rautela has made an announcement for her upcoming series “Inspector Avinash” opposite Randeep Hooda.

50 of the world’s greatest desserts