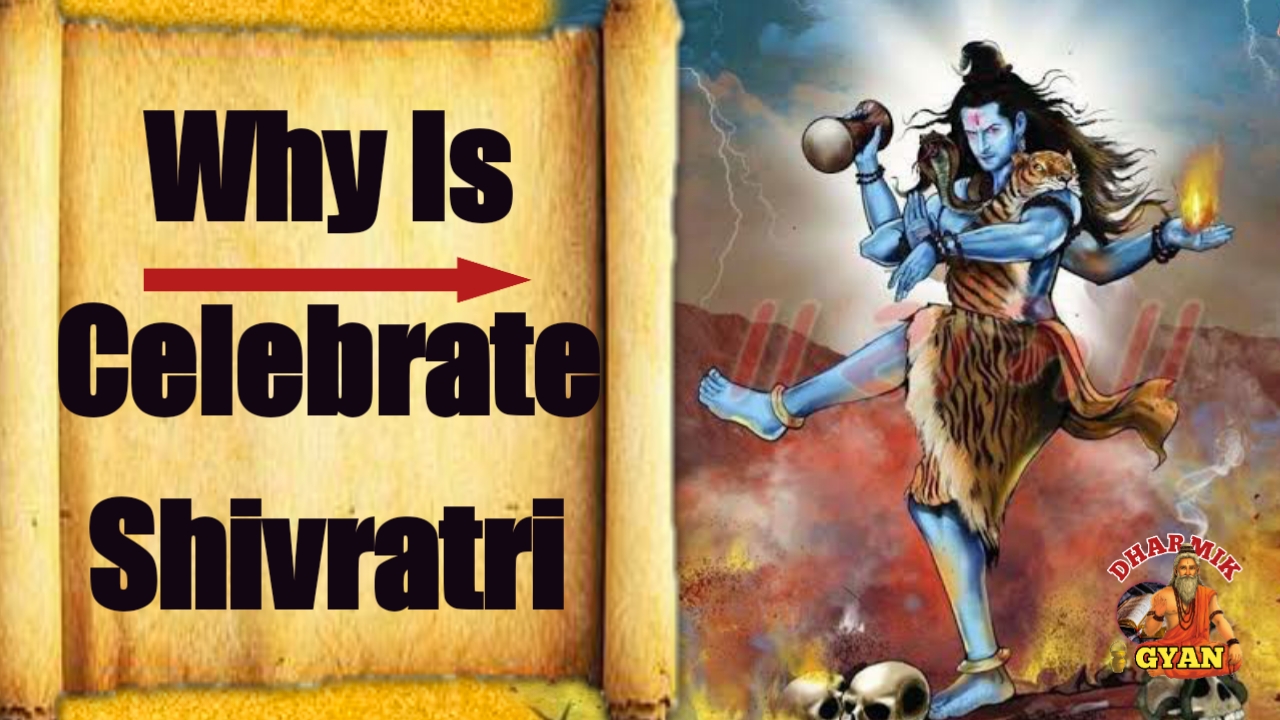 Shivaratri, the night of Lord Shiva falls on the fourteenth day of every lunar month or the day before the new moon. A total of twelve Shivratris occur in a calendar year but the MahaShivratri is the one that occurs in the month of Phalguna (February-March). It is of significance not just for the spiritual seekers, but also for those desiring fortune and auspiciousness in their family and lives. So today we known about why is shivratri celebrated in India.

MahaShivaratri 2021 is on March 11 Thursday

why is shivratri celebrated in India.

According to lore, Shivratri is celebrated on the day when Lord Shiva saved the world by drinking poison that emerged from the ocean during Samudra Manthan. This poison got stored in his throat thus making it blue which is the reason that Lord Shiva is also known as Neelkanth Mahadev.

MahaShivaratri, just like many other Indian festivals doesn’t have one single reason for its celebration. The ancient texts contain many stories and legends describing the origin of this festival.

Lord Shiva is always benevolent toward all living entities. When he saw that the living entities were very much disturbed by the poison, which was spreading everywhere, he was very compassionate. People in general, being bewildered by the Maya, are always engaged in animosity toward one another. However, devotees, even at the risk of their own lives, try to save them.

Hence, Lord Shiva, who is dedicated to auspicious, benevolent work for humanity, compassionately took the whole quantity of poison. Although there was such a great quantity of poison that it spread all over the universe, Lord Shiva had such great power that he reduced the poison to a small quantity so that he could hold it in his palm and drank it all. The poison born from the ocean of milk manifested its potency by marking Lord Shiva’s neck with a bluish line. That line, however, is now accepted as an ornament of the Lord.

The night when Lord Shiva drank the poison and held it in his throat is called the MahaShivaratri, and the devotees observe fast and stay awake for the whole night and worship the Lord, glorifying his merciful act of saving the world by drinking poison and holding it in his throat.

Some also celebrate this festival in honor of the marriage of Lord Shiva, with Mother Parvati on this day. According to Hindu mythology, on the night of the marriage, Lord Shiva had a very diverse group of acquaintances including Hindu gods, goddesses, animals, and demons escorting him to the house of the goddess. Others celebrate Maha Shivaratri as the night when Lord Shiva performed the “Tandav”, the cosmic dance.

Immediately after Maha Shivaratri, the spring begins and the trees are full of flowers announcing that after winter the fertility of the earth has been rejuvenated.